I still remember my Sensei’s words. He would whack me hard on the head every time I committed a mistake. I remember hating it. It made me very angry. I was training in the art of Kyūdō. I never had any say in it. My family forced me to do it and so I did it. As an inquisitive child, I had asked Sensei what bokeh meant.

“Little one, it means blur.”

“But Sensei, don’t you want me to focus?”

“Yes, I do. One can only truly focus on the target if the rest of the world is blurred. Thus – Bokeh.”

It had sounded like sound wisdom back then. So, I had accepted it without question.

Sensei’s concept of Bokeh trained me well. By the time I was a teenager, I had achieved mastery in Kyūdō . It was time for me to join my family business. Within a month of my joining, I had my first kill. I belonged to a family of assassins. Killing came naturally to me. However, killing with such a skill and precision was unseen even in my family. I never missed my targets. Whether it was a crowded street, a speeding car or quiet office, my targets never escaped. They were the only things I saw. They were the objects in the forefront. The rest was just a blur. However, I had no idea that the concept that was the source of my assassination skills, would serve to undermine me. I found it out the hard way, two years ago.

It was a routine assassination. Of course, no assassination is really a routine – every target, every scenario is different. However, after you have killed as many people as I have, it all feels like a routine. I get information and half the money up front. I study the area and find a good spot. I camp over there and wait for my target. Once the target appears, I take one shot and get away. I get paid in full the following day, and that is the end of business. However, two years ago, not all of these things happened. After I took the shot and saw the target fall to the ground, I knew something was wrong. They were expecting it. They had wanted me to take the shot so that they could find me, and find me they did. I had been so focused on my target, that I missed the bigger picture. I was apprehended.

It has been two years to that day now. I have been rotting in this prison. Sometimes, I feel Sensei trained me too well. All I can focus on are the walls holding me in, the lights of freedom are Bokeh.

This story was inspired from the picture prompt: 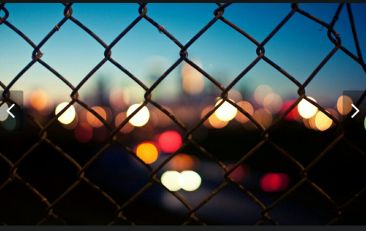 Would love to hear your thoughts on the story and your interpretation of the picture!