Beth and Ben stared at the mess lying on grandpa’s bed.

They took one last look inside the wardrobe they had freshly emptied. Dejected, they ran down the stairs to their grandfather. Puffing their cheeks the little twins stood between grandpa and the television.
“Grandpa is a liar,” the two declared in unison.
Grandpa adjusted his spectacles.
“When did I lie?”
The kids led him up to his bedroom. They pointed to the empty wardrobe.
“You said grandma kept her treasures here before going to heaven.”
Grandpa smiled looking at the mess on his bed.

Hidden Among This
Bundle Of Whities, Lie All
Our Smuggled Treasures

It was my sixteenth birthday.

I had awoken to find all the presents I had received, lined up in my room. Like every year, I ran around excitedly, searching for my grandfather’s present. There it was. Neatly wrapped, with a yellow bow on top. I picked the present and opened it neatly. Inside, I found a nice watch, but more importantly, I found a map. Grandpa had told me that his grandpa was a pirate. His legendary exploits had all been narrated to me by grandpa. The treasure he had accumulated was hidden around the world, and its locations were hidden in this map. Grandpa said that he had been uninterested in the treasure and father had been just like him. But, I was different which is why I had been gifted this map.

It has been ten years since that day, and now, I’ve finally deciphered the first clue…

I had finally found it. The lost airship of the Nazis. Legend has it that this plane was carrying a chest. The chest held inside it, a collection or the world’s most priceless jewels. They were meant for the Fuhrer himself. However, the flight got lost in a storm and nobody ever found it. Few people know that one of the pilots survived the crash by bailing out. Fewer people know that he carried with him the key to the chest, but he lacked the drive and the courage to go back to his airship where all his friends had perished. I managed to obtain the map and deciphered the location after great trouble. And here I am. Oh wait. This is terrible.

Like a fool, I have forgotten the lost keys at home…

The snowfall had finally stopped.

We walked through the icy white ground, following the path shown in the map. It was one of the only three maps in existence that showed the location of Log Town’s treasure. It was highly unlikely that any of the other two possessors of the maps were present around us. However, after spotting the ducks, I realized I had spoken too soon. These were no ordinary ducks, these were guard ducks. It did not take a genius to know what they were guarding. If only we can go around th….

Written for Tell the Story, a writing prompt initiated by The Eclectic Contrarian.

I was tagged by the amazing Kristian

To continue this challenge, I tag:

And the image prompt is: 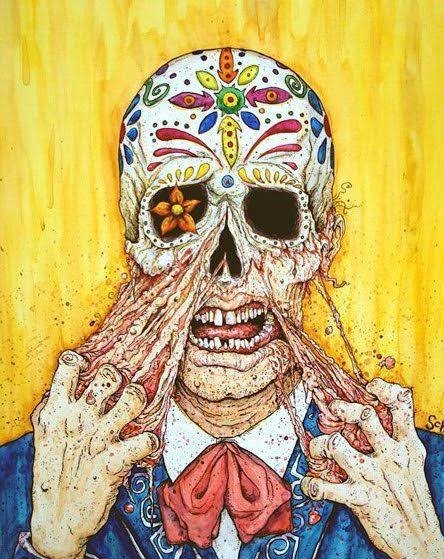 I do hope they accept!!

Our quest had brought us to Logs Town.

The inane promise of exquisite, undiscovered treasures brought many hunters to this town. Nobody had managed to find the location of the legendary mine. Without even a silhouette of a map available, it was a foolhardy quest for most people. We were not most people. The heavy snowfall had been timely.

It eradicated all chances of intrusion…

Word of the Day Challenge Exquisite

This is mine, all mine.

The gold coins, glowing stones, studded goblets, and all the priceless paraphernalia, every bit of it is mine. They dazzle gloriously all around me. The bits and bones lying among my treasures bother me. They diminish the glory of my place. However, it was required.
Those puny intruders: The bold humans, the headstrong dwarfs and vile goblins, do not deserve to gaze upon my treasures, let alone touch them. Yet, they had the audacity to try and steal them. They were punished.

Not fit for a dragon’s meal, but my treasure satiates my hunger…

He comes over to my bowl only on two occasions. First, when its my feeding time, and second, when he gets bored with his work. I guess he likes watching me swim around like an idiot. I bet it makes him feel superior, and all high and mighty. See, there he goes, tapping on the bowl, assuming that the tapping wakes me up. Oh yes! I need to play treasure hunter again. I fly into the ship, search for the treasure and come out, every single time.

I guess he still believes that a goldfish’s memory is quite short lived. After all, that is the popular public opinion, isn’t it?

Old man Jerry Shaw looked at all the children, who had shuffled into his study. He knew the little darlings wanted to listen to another story of his nautical exploits.

“Gather around, children. These are the many treasures of the sea I found on my many expeditions.”

Jerry was pleased at the awe struck whoas and ooos he received. Little Sammy tugged at the old man’s sleeve.

“These are so cool, grandpa Shaw. But, which is is your favorite treasure that you found in the sea?”

” The greatest, enigmatic treasure I found in the sea, is Grandma Shaw.”

Word of the Day Challenge “Enigmatic”